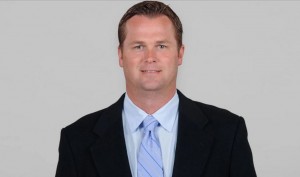 It is unclear whether or not Fitterer plans to accept the position as negotiations were ongoing.

Fitterer has been with the Seahawks since 2001, where he effectively operated as a co-assistant GM under John Schneider. He has worked with three head coaches during that span, with his focus primarily on evaluating incoming college talent.

If he accepts the position, Fitterer is expected to have final say in personnel decisions in Carolina, although coach Matt Rhule will still have an input.

Fitterer would replace longtime general manager Marty Hurney, who was fired in December.

“Collaboration doesn’t mean you don’t have arguments about who you are picking,” Tepper said in December. “(We want) a decision maker, somebody who is a good manager.”

A two-sports athlete in college, Fitterer pitched three seasons in the Blue Jays organization. He began his career with the Giants before joining the Seahawks and rising through the ranks to direct their college personnel department.

How Other Countries Cracked Down On Firearms

Man Wanted for Questioning in Connection to Armed Robbery in Florence