Smoke On The Water 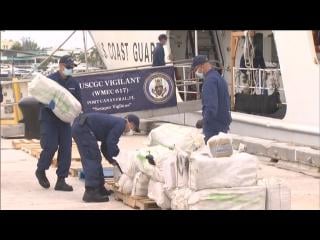 The Coast guard has raided and seized two “go-fast” boats off the coast of Miami. The boats were transporting three-hundred and thirty kilos of cocaine, ,and over three thousand pounds of marijuana respectively. The two busts were made within 5 days of one another, and the belief is that both boats were bound for Central America.

Suspect For Break-In's At The Market Common, Is In Custody