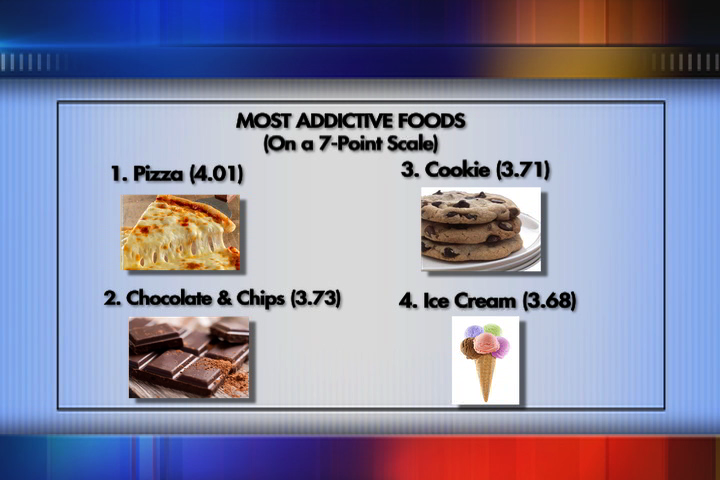 Icahn School of Medicine at Mount Sinai–This latest study finds which foods are most closely associated with addiction patterns, Using a 7-point scale, the study asked 504 participants to identify which foods gave them the most problems. To define “problem” foods, participants were encouraged to use the Yale Food Addiction Scale, which asks participants to count the number of times they‘ve agreed with sentences like, “I eat to the point where I feel physically ill” or “I spend a lot of time feeling sluggish or fatigued from overeating,” to help them identify the biggest offenders. These scores were then averaged for different kinds of foods and ranked them from most to least problematic when it came to addiction-like behaviors.