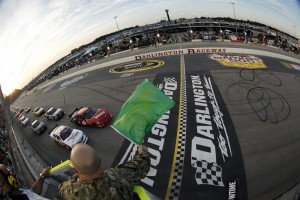 SOUTH CAROLINA — For the first-time in its 70-year existence (1950-Present), the historic Darlington Raceway will host the opening event for the NASCAR Cup Series Playoffs, the Cook Out Southern 500 on Sunday at 6 p.m. ET on NBCSN, MRN and SiriusXM NASCAR Radio.

Prior to the 2020 season, Darlington Raceway had hosted just one other Playoff race, the penultimate event in the inaugural Playoffs in 2004. The race was won by seven-time series champion and Hendrick Motorsports driver Jimmie Johnson.

Man Charged in Connection to Deadly Shooting in Myrtle Beach