“I notified Marty that we would not be extending his contract beyond the 2020 season,” Tepper said. “This was a difficult decision. Marty has been a valuable member of our franchise and there is no way to convey my level of respect for him. We sincerely appreciate his hard work over 19 seasons and wish him well moving forward.” 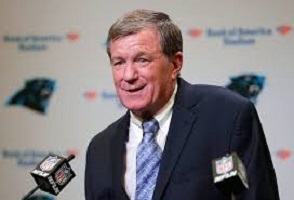 Hurney has served as the Panthers general manager over two stints with the team (2002-12, 2017-20). Under Hurney, the Panthers made four playoff appearances, won two division titles and played in one NFC Championship, resulting in a trip to Super Bowl XXXVIII.

Near the end of his first stint as GM, Hurney drafted quarterback Cam Newton in 2011 and linebacker Luke Kuechly in 2012. The two players each won NFL Rookie of the Year, making Carolina just the fourth team to have consecutive offensive or defensive rookies of the year since The Associated Press started presenting the awards in 1967.

“I want to thank Dave and Nicole for the opportunity to be a part of this organization over the last three seasons,” Hurney said. “I have a great relationship with Matt and everybody in the building. I believe this team is well-positioned for the future and wish Matt, the players and the entire organization all the best.”