An arrest has been made in the 2009 death of a teen who went missing while on a spring break trip in Myrtle Beach. 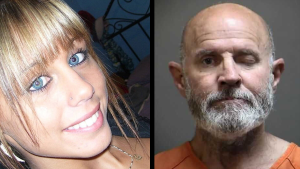 GEORGETOWN COUNTY, S.C. – The Georgetown County Sheriff’s Office announced that human remains found in the county last week are those of Brittanee Drexel a teenager who disappeared over a decade ago.

Georgetown County Sheriff Carter Weaver said that Drexel’s remains were found on May 7, after evidence led them to a possible site. Weaver said Raymond Douglas Moody, 62, of Georgetown, is charged with murder, kidnapping and criminal sexual conduct in the first degree in the case. Drexel, originally from New York, was last seen outside the Blue Water Resort on Ocean Boulevard in Myrtle Beach when she was 17. Moody was considered a person of interest in Drexel’s disappearance in 2012, but was never arrested in the case. He has been in the Georgetown County Detention Center since May 4.

What's Your 'Top Gun: Maverick' Call Sign? Take the Quiz to Find Out