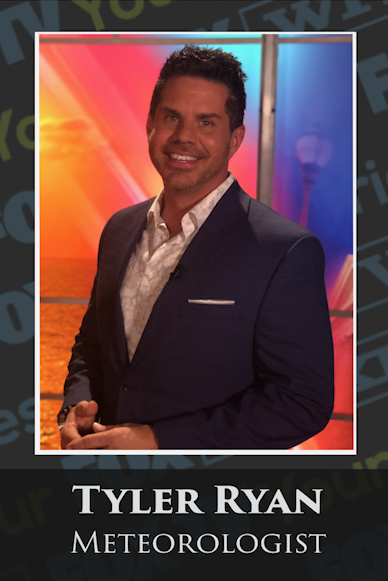 Tyler Ryan is an award-winning television, and radio personality, originally hailing from New England. He started in journey in the media during the decade of hair as a disc jockey, but quickly moved into journalism. After graduating from Franklin Pierce University, he continued to work in the media as a talk radio host, television host, and freelance writer. Tyler eventually found himself in South Carolina, as a member of the SkyWatch Weather team at the Fox affiliate in Columbia, SC, drawing from the many years of weather obsession on the part of his grandfather, “Pop,” who to this day, lives and breathes all things weather.

While in Columbia, Tyler was very involved in community affairs, hosting hyper-local programming, long-form documentaries, and in 2013, he was named the South Carolina Broadcasters Association Television Personality of the Year. Tyler continued working as a morning show host and weather anchor until being called upon by Carnival Cruise as a Cruise Director.

After a stint at on the ocean, with some of the best crew on the 7 seas, Tyler returned to his love of broadcast and prognostication, as a member of the WXFB Weather Team.

Arrest Made in Connection to Florence County Shooting

Someone Spent $13 for a Bottle of Fanta Through DoorDash