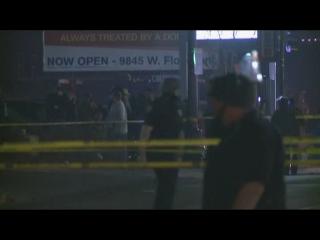 Following the release of the Justice Department’s critical report highlighting constant cases of racial bias demonstrated by the Ferguson police department, six officers and officials have resigned, including the police chief. Protests have still continued. The two officers are hospitalized, one was shot in the shoulder, the other in the face.