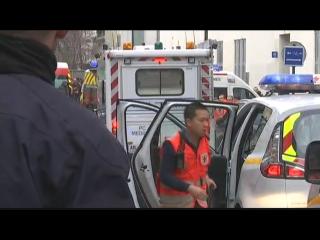 French Police have published the names and photographs of two suspects in the shooting at a french satirical paper that left twelve people dead. Officials are now reporting a third suspect has surrendered to police, but the manhunt continues in Paris for the two suspects still at large, one of whom is reported to already have a terror conviction. The attack has raised security questions in a number of countries.

Cue the Dramatic Music! Greg is Back and Has Stories to Tell on Carolina A.M.

Greg Gets the Details on the South Carolina Youth Challenge Academy

Half of Us Have a Neighbor That We Wish Would Move