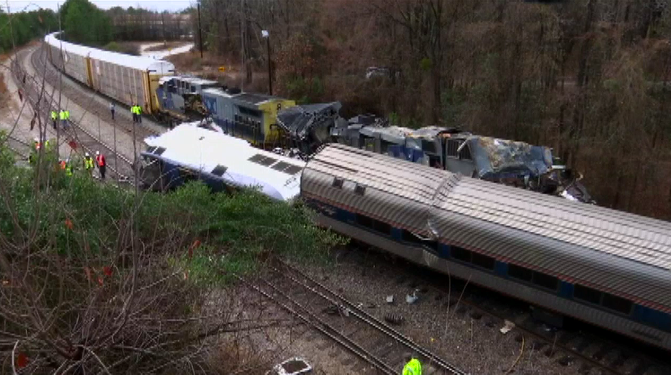 The NTSB investigation is underway into a fatal Amtrak passenger train crash in South Carolina.

At least two people are dead and over a hundred injured following a train crash in the early hours of Sunday morning 10 miles south of Columbia, South Carolina. Amtrak train 91 was carrying more than 140 passengers and crew between New York and Miami, and was apparently traveling on the wrong track before smashing into a stationary freight train….