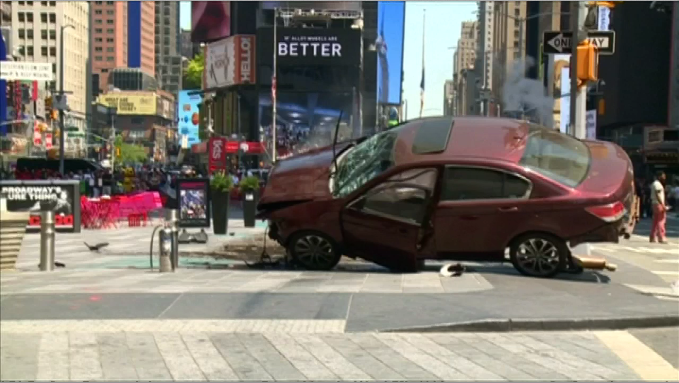 A deadly crash in New York's Times Square killed at least one and injured nearly two dozen others.

THIS VIDEO MAY CONTAIN GRAPHIC VIDEO/AUDIO   A dramatic scene in New York City’s Times Square as a car plowed into a crowded sidewalk. Video of the incident shows police removing twenty-six-year-old Richard Rojas from the smoking car. Rojas was taken into custody. Friends of the driver say he wasn’t the same since returning from active duty in the navy….