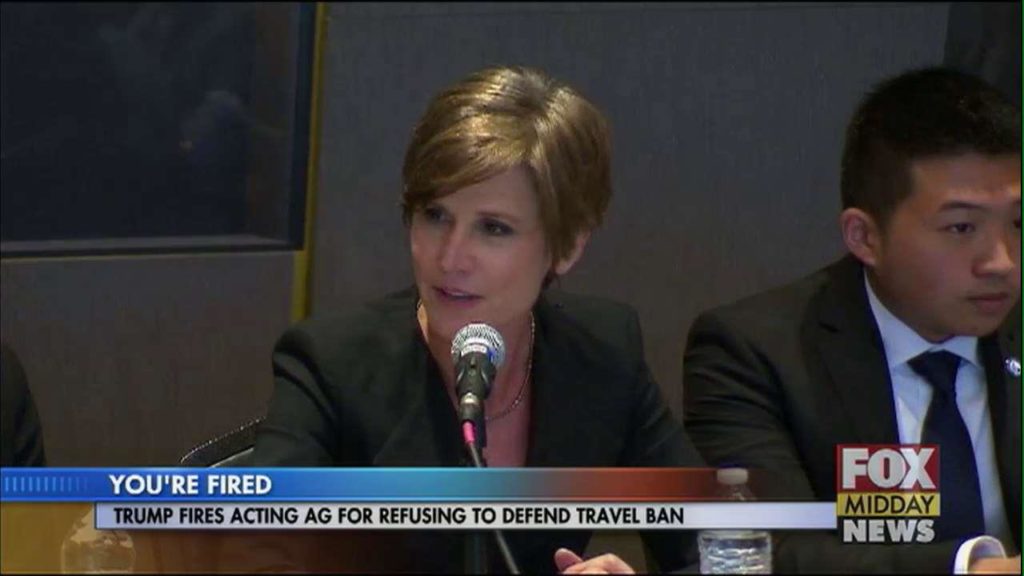 President Donald Trump’s executive order on immigration has sparked protests across the nation and around the world. Now, a top government official is out of a job today because she refused to defend Trump’s controversial order. Acting Attorney General Sally Yates — an Obama administration appointee — was relieved of her duties yesterday after defying to defend Trump’s executive orders….

Wishing Audra a Happy Birthday and Chrsitmas has Arrived on the Carolina AM Set!