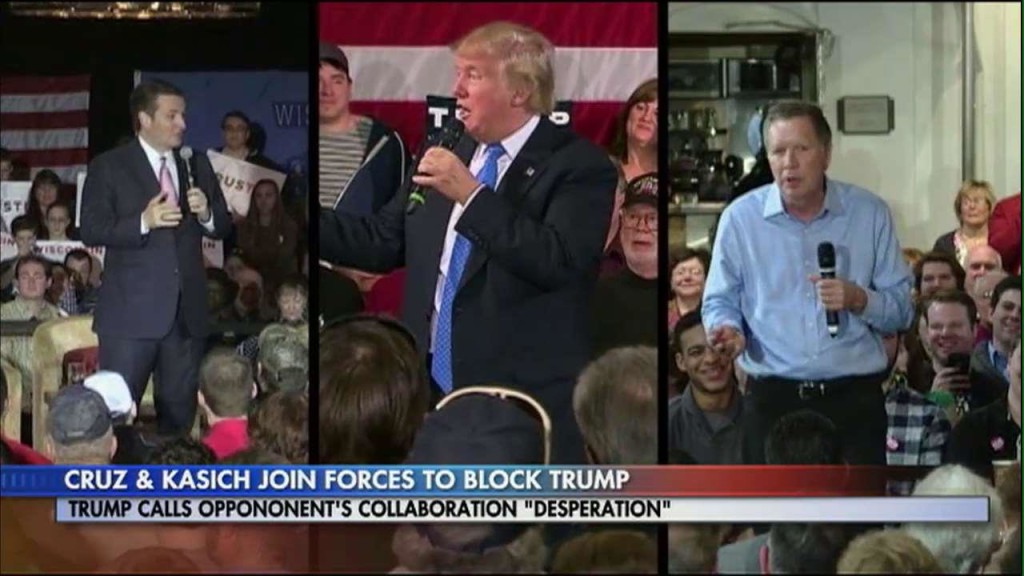 Ted Cruz and John Kasich are joining forces in a last-ditch effort to deny Donald Trump the Republican presidential nomination. The pair issued statements late Sunday saying they will divide their efforts in upcoming contests with Cruz focusing on Indiana and Kasich devoting his efforts to Oregon and New Mexico.

Trump Officially Announced He Is Entering Into The 2024 Presidential Race