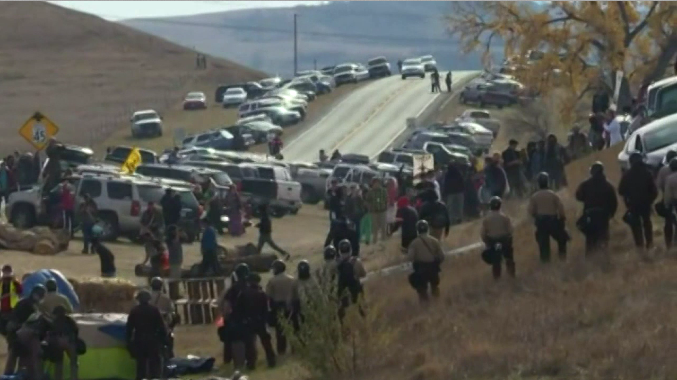 No damage has been reported following a fire near a Dakota Access Pipeline protest camp.

The cause of a mysterious fire is under investigation after the small blaze was spotted near a protest camp in North Dakota, where demonstrators have been protesting the construction of a three billion dollar an oil pipeline. No injuries or damage was reported. Local officials say they were not able to respond to the flames due to the terrain….